On the latest fitness news today…

Gerry Myers, the CEO, and president of the Crim Fitness Foundation has made an intentional decision to step down on Sept. 1, 2020, as announced by the foundation on March 13. As mentioned by Mark Yonan, the chairman of the board, the step down is an opportunity for Myers to spend more time with friends and family while pursuing other interests that he had put on hold for the past 16 years of working to build the stability, strength and the broad service of the foundation to its community. In a recent press release, Myers expressed his gratitude to the staff of the foundation and made it known that he would still be involved in the foundation to some extent. Lauren Holaly-Zembo, who is currently the vice president of Crim Fitness Foundation, will take on Myers’ position following his departure.

Arnold Sports Festival 2020 Is Postponed Due To Coronavirus Issues

Arnold Schwarzenegger, an Austrian-American actor, and former professional bodybuilder has decided to postpone the Arnold Sports Festival 2020. The Arnold Sports Festival is an annual multi-sport event that was established in 1989. It features swimsuit competitions, professional bodybuilding, fitness and figure and sales of nutrition products, equipment, and sports apparel. The festival was scheduled to take place between March 5 to March 8 of this year at the Greater Columbus Convention Center, Ohio but has now been postponed due to Coronavirus concerns. The former governor of California stated in his tweet that he regrets the decision but he has to put the health of his fans first. The new date for the festival is yet to be disclosed but we will definitely get back to you as soon as Arnold reveals it. 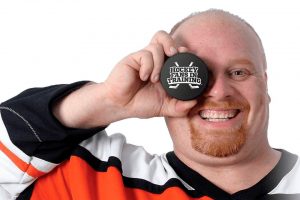 A new free fitness program called Hockey Fans In Training (Hockey FIT), funded by the Canadian Institutes of Health Research and the Public Health Agency of Canada, seeks to persuade reluctant men into working out by partnering with their best local teams. Hockey FIT was founded by Dr. Rob Petrella to reduce the high cost of men’s health in Canada. As stated by Brendan Riggin, the head coach of Hockey FIT, hockey is a big component of Canadian culture and partnering with Canadian Hockey League teams is likely to make the men want to join the program. The program includes bodyweight and plyometric exercises, hockey drills and educational tips on healthy living. To join, you need to be between the age of 35 -65 with a Body Mass Index (BMI) of 27 or higher. Most of the sessions will be done at the John Tod Centre Kamloops YMCA, hence no equipment is required. so, if you meet these requirements, get your kits and start a journey to a healthier you. 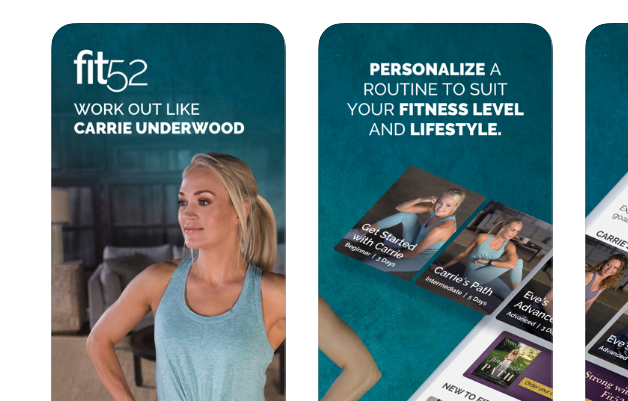 Following the release of her book, Find your Way on Health and Lifestyle, Carrie Underwood has launched a fitness app called Fit52. Obviously, the Grammy award-winning singer doesn’t not only have a passion for singing. According to Underwood, the book is based on her own active lifestyle, diets, and workouts. Fit52 is a great fitness app with good user experience; it displays a variety of workout designed especially for busy people. Underwood incorporated in this app what she has been doing for years hence encourage people to be fit 52 weeks in a year. The app is available for iOS users; the annual subscription costs $1.00 per week

A Tai Chi class is being hosted by Fitness Worx. The Tai Chi class lasts 12 weeks and is aimed at spreading the benefits of non-competitive martial art. Tai Chi, an ‘internal’ martial art, according to Sybil Wong, includes fluid movements and places emphasis on the connection between the mind and body. This Tai Chi class is especially beneficial for practitioners because of its low risk of injury.

Tai Chi is regarded as a safe form of fitness especially for those suffering from arthritis; there is little stress of the workout joints and connective tissues. Alongside this, the muscles around these joints are strengthened. The Tai Chi class also places emphasis on breathing as well as the exercise of the brain. Movements are so fluid, gentle and graceful which makes the class less stressful; the class has also incorporated seated and standing movements. Therefore, if you are looking for a less stressful and effective fitness training, the Tai Chi class is a good pick.

That’s it on Fitness news today! Check back tomorrow for more news on another edition of Fitness Today. Thanks for stopping by and don’t forget to share.