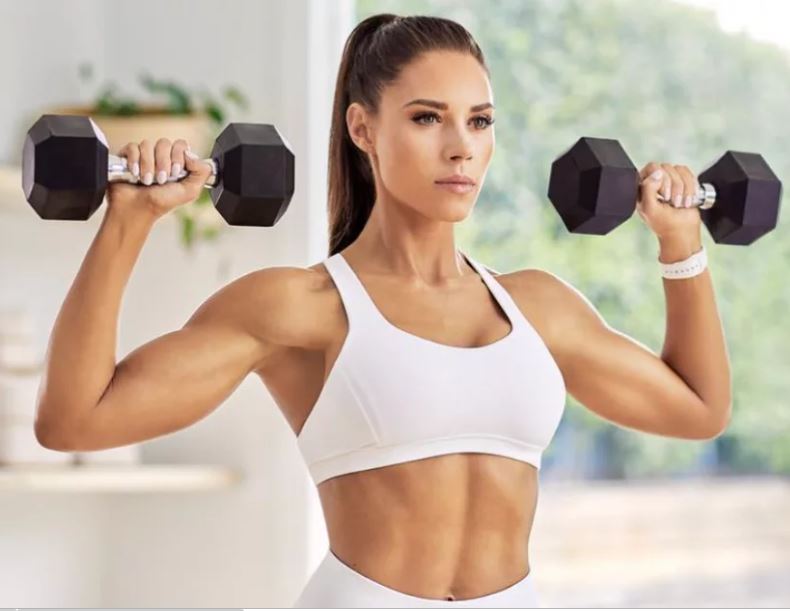 Fitness trainer, Kelsey Wells, has taken to her Instagram page of 2.6 million followers to show off her impressive athletic skills in her most recently uploaded video.

The 29-year-old mother-of-one took the breath of her fans away while doing a workout called “PWR HIIT Challenge,” as revealed in the caption.

She performed a sumo jump squats series, followed by a set of push-ups and easily repeated the circuit four times before the video ended. In the workout program, she puts an emphasis on building muscle tone and strength.

She advised doing the circuit she completed for 30 seconds, resting for another 30 seconds in 5-8 rounds. Kelsey also added that the HIIT Challenge is one of her favorite exercises and it can get your body sweating and your heart pumping. The video has been viewed over 90,000 times and received more than 200 comments from fans that seem to be mesmerized by Kelsey’s fitness abilities. 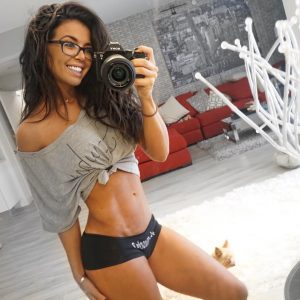 Fitness model, Ainsley Rodriguez inspired her 1.9 million Instagram followers with her latest series of brief workout videos, which she filmed in a living room.

The 28-year-old brunette beauty performed an intensive glute workout, which she began after taking a sip from Reign Body Fuel canned energy drink and smiling brightly.

Then she proceeded to leg lifts with a resistance band on a yoga mat and did some side leg raises in the following clip. Ainsley continued her workout with more leg lifts and a glute bridge.

In the caption, the brunette noted that the at-home workout can be done as a warm-up before heading to the gym and could also be considered a full workout.

She further advertised Reign Body Fuel drink, stating that it gives her an extra energy boost while training. Ainsley’s admirers showered her with a lot of compliments in the comment session.

Planet Fitness has just celebrated the achievement of a milestone, which is the opening of its 2,000th location Dec. 31, in Colorado Springs, which crowned an impressive year of 15% unit growth by opening 261 new locations.

While Plant Fitness has come a long way in the last five years, CEO Chris Rondeau mentioned that the company’s target is 4,000 locations in the United States.

This means the company is just halfway through its growth. Planet Fitness also seeks to dispel common fitness myths, which may lead to an increased gym membership is achieved.

Furthermore, Planet Fitness has a strong growth both domestically and internally. The company has had a franchise agreement signed in Panama and Mexico in 2017 and 2018 respectively. It also has 35 locations in Australia. Now, Planet Fitness’s sight is set on their next milestone: its 3,000th location and this is good news for investors as well.

A Utah man, Dan Hill’s case of getting trapped in 24 Hour Fitness, after the staff locked up at night and left while he was in the swimming pool is gaining attention online. After a failed attempt to find a way out while shouting for help, Dan called 911 and his wife, who told him to get a good place to sleep.

A 24 Hour Fitness’s spokesman explained that they close between the hours of 12 midnight to 4 am because of low usage and other factors. He admitted to the wrong closing procedure of the studio that night and promises to reinforce the club’s procedures to avoid a reoccurrence of such incidents in the future. He also apologized to Dan for the unpleasant experience he had at the club. 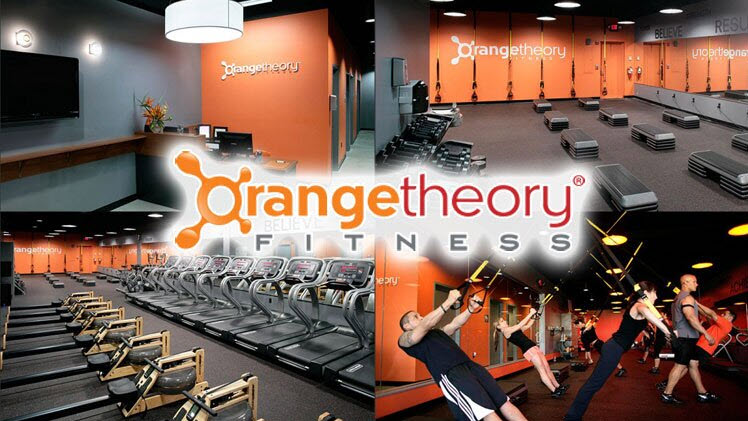 In their continuous quest to innovatively track their members’ progress by taking advantage of new technology, Orangetheory Fitness has partnered with InBody; a renowned leader in body composition analysis with validated outputs when it comes to reliability and accuracy.

Henceforth, members now have access to a 15-second InBody Test. This research-backed test provides members with a reliable and accurate breakdown of their body composition with the objective of measuring and tracking their progress as regards their metabolic rate, body fat percentage, and muscle mass. The CEO of InBody USA, Harry Yun, says InBody Test is meant to compliment OrangeTheory Fitness’s mission of blending technology and science to inspire wellness and health.

The Inbody Test will also help members connect their improvements in the gym to those of their body composition by allowing them to capture real-time performance data which will ultimately help them achieve their fitness goals.